Make-up at this time was still mostly the territory of ladies of the night, those in cabarets and on the black & white screen.

The women were seeking to have a pale, porcelain-like complexion and to look as natural as possible.  A tanned complexion suggested that the woman was from the lower, working class, who did activities outdoors. Thus, women from the upper class remained inside or in the shade for most of the time. Freckles were a big NO NO.

Lemon juice is applied on the face as a tonic and it is also a popular method of achieving this white complexion. The women kept their soft, supple skin with moisturizing creams and lots of facial massages.

At the turn of the century, cosmetics generally consisted of little rouge pots for the cheeks, eyes and lips. The goal was to create a youthful beauty effects without anyone knowing that make-up is worn. God forbid! Since pale skin was incredibly popular, many women used powders with oatmeal or rice, and the richest ladies were using the ones with actual crushed up pearls in them.

Several major cosmetics players came on the stage to the end of the decade – Bourjois, Gordon Selfridge, Coty, Maybelline, L’Oreal, Max Factor, Elizabeth Arden, to name a few – which means that the way make-up was applied and the way women thought of make-up will begin to change dramatically.

S-bend corsets (and pouter pigeon effect) – corsets that gave an S body shape: small waist and large chest. Women wore dresses with high necks for day. By night, exceptionally low, square or round décolleté necklines which allowed them to wear some fine jewelry. No cleavage was visible as the bust was suppressed into a monobosom.

The skirts were often gored and created an elongated trumpet bell shape like the gently opening head of a longiflorum lily.

This is the era of the Gibson Girl (United States and Canada: a cartoon character drawn by the American artist Charles Dana Gibson; between 1890 and 1910 he satirized society with his image of ‘The New Woman’ who was competitive, sporty and emancipated as well as beautiful) and the Edwardian girl (UK, the influence of Edward VII, 1901-1910, who favored ripe bodies and ripe minds, lovely women with curves that emphasized their womanhood), both women with big, soft hair and delicate features.

The Pompadour style (named after the Marquise de Pompadour, the mistress of Louis XV) comes at a later stage into the decade and it’s a modified form of big hair, much lower now in front and very broad from side to side. The hats are also responsible for this development.

The shape is high, rounded and curved away from the head. The hair could be straight or curly. Pompadour hair could be decorated with a bun, depending on the occasion. Buns were present both on the neck and at the back of the coiffure.

The sumptuous hats wide- brimmed and flowers and feathers.

Gloves were worn in all seasons, from spring to winter. The fancy gloves were made in suede and silk and covered with fine embroidery. Umbrellas were always used as decorative accessories and the summer ones were embellished with lace.

Handbags were not fashionable at the time, but small, subtle decorative bags with a delicate strap hanging from the wrist were sometimes used.

Paul Poiret introduces in 1908 his oriental dresses. The columnar style of the dress meant that women had to abandon their S-shaped corsets and wearing a straight corset that almost reached their knees.

Constantin Brancusi and the simplicity of the muse 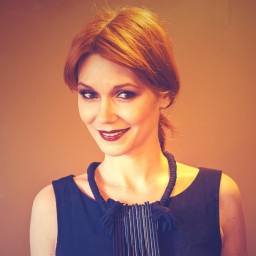